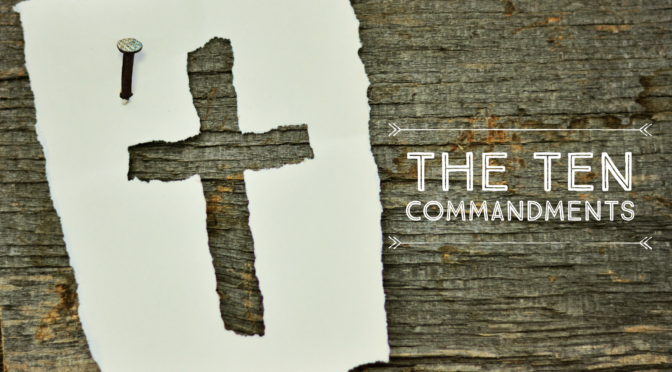 Note to leaders: while the content below helps you build a knowledge of this topic for the study, it will be helpful to work out what bits you go through with your group and which bits you might put aside to use only if it comes up and time permits.

The opening question addresses how we commonly treat this command but the study will point us even deeper.

What is your reaction to hearing the name of Jesus used poorly or the phrase, OMG? Why do you react this way?

“You shall not misuse the name of the Lord your God, for the Lord will not hold anyone guiltless who misuses his name.”

How is the theme of God’s name developed prior to the Ten Commandments?

Genesis 2:19-20; 3:20 (Adam was instructed by the LORD to name every animal. What he named them, that is what they were called. Man had authority to assign names to things. This seems trivial but demonstrates the purpose of names – they are not just words but are intrinsically linked to the person or animal that it was assigned to, and they have a meaningful role. The one who names something gives it meaning.)

Genesis 4:26 This use of the LORD’s name was not in vein but in prayer. In fact, the first prayers referred to in the bible. Mankind was divided between those who call on the name of the LORD for help and those who do not. They are, in the context, waiting for the seed of Eve to come and save them from the curse of sin (Gen 3:15).

What people are named and what that means is a key point in most of the accounts in Genesis (eg, Gen 27:36)

“A study of the word *‘NAME’ in the OT reveals how much it means in Hebrew. The name is no mere label, but is significant of the real personality of him to whom it belongs. It may derive from the circumstances of his birth (Gn. 5:29), or reflect his character (Gn. 27:36), and when a person puts his ‘name’ upon a thing or another person the latter comes under his influence and protection.”

Some more background: Technically speaking, there is only one name for God given in the Old Testament which is Yehwah – also referred to as Jehovah and translated as LORD in the bible. The word, god, in the bible can be used to refer to the LORD or to mythical god’s – context gives meaning. And the word, lord or Lord, refers to a person of power.

Compare the NIV translation of Exodus 20:7 with another translation like the ESV. What is God teaching Israel?

take/misuse: make wrongful use of.

“The command prohibits use of the name for any idle, frivolous, or insincere purpose” (S. R. Driver, Exodus, 196). This would include perjury, pagan incantations, or idle talk. The name is to be treated with reverence and respect because it is the name of the holy God.

(Notes from the NET translation)

The command goes further than this, however, as we see the way Israel misused God’s name and how clearly Jesus represents it.

Deuteronomy 18:19 gives a positive use of the name of the LORD. Ezekiel 36, however, is very condemning. Read Ezekiel 36:16-32 and talk about what it means to misuse the name of God.

What difference has Jesus made to our understanding of this command?

The name of the LORD was entrusted to Israel and yet they misused it in their disobedience. Yet God continued to bless Israel and the world through sending Jesus, his son and our Lord. The command to misuse the LORD’s name goes beyond swearing and involves representing God and his goodness to the world. We return to a familiar passage which we may think of when praying the first request in the Lord’s prayer…

So far, the commandments have built upon each other to teach us about gospel and mission: 1) we know that there is only one God and we must not compromise that truth for ourselves or anyone else in the world (Jesus Christ is Lord and Saviour); 2) We must worship God only and do so in Spirit and in truth (Jesus is the way and the truth and the life, nobody comes to the Father except through him; 3) He entrusts his name and reputation to us as we represent God in the world (exalting Jesus’ name above all others).

How do you represent the name of Jesus? If you say you are a Christian, does the world see it?

What was the first commandment?

“You shall not make for yourself an image in the form of anything in heaven above or on the earth beneath or in the waters below. 5 You shall not bow down to them or worship them; for I, the Lord your God, am a jealous God, punishing the children for the sin of the parents to the third and fourth generation of those who hate me, 6 but showing love to a thousand generations of those who love me and keep my commandments.

What words or phrases in Verse 4 do you see that we find in Genesis Chapter 1? What can we make of these?

Read the command and break down the sentences. What is the LORD concerned about?

God did not appear to them and speak, he spoke to them from heaven. Their knowledge of God comes from his words, authority and saving works. God is determined for us to know and worship him in truth.

Lookup these verses and describe how Israel performed under this command.

What difference has Jesus made to our understanding of this command? Read these references and discuss.

We now stand in a position of knowing God in Spirit and in truth. The glory of God is found in nothing and nobody other than the Lord Jesus Christ. All other loves are idolatry.  Reflect on the following verses and discuss how we respond to the 2nd commandment.

The “Ten Commandment” studies will follow the following sequence: 1. In the Beginning; 2. The Command to Israel; 3. Israel’s history; 4. The Gospel; 5. Christian Living. Times indicated in brackets are a guide only. Take from that where most time is meant to be spent during these studies rather than a “command” 🙂 An alternate method is offered at the end of this study.

Is it obvious that there is only one God?

And God spoke all these words:  2 “I am the Lord your God, who brought you out of Egypt, out of the land of slavery.  3 “You shall have no other gods before me.

What does Genesis 1 teach us about the uniqueness of God?

“In the beginning God!” He is the one true God over all the world.

Read the following bible verses and summarise them. Why did the first commandment need to be written and placed up front?

Lookup these verses and describe how Israel performed under this command.

What difference has Jesus made to our understanding of this command?

We now stand in a position of knowing God in truth. The LORD who promised in Malachi to visit Israel has come! What do we do with this information? Reflect on the following verses and discuss how we respond to the 1st commandment.

Another way of guiding your group through the command is to ask the following 4 questions and use the references above to guide discussion.